Use ZME 06443 as Scene Controller with Vera

From MiOS
Jump to: navigation, search

The ZME_06443 Wall Controller is a battery powered Z-Wave controller that can work as a standard Controller - controlling other devices with direct Z-Wave commands - and as scene trigger device for IP Gateways such as VERA. The following pictures show the user interface UI5, but the steps and actions are similar for UI4.

Turn VERA into inclusion mode then put the device into management mode by pushing all four buttons for 5 sec and then push the "Inclusion" button (button 3) of the ZME_06443 for 2 seconds. This will include the ZME_06443 as secondary controller into VERA. After a successful inclusion there will be a new device in the dashboard showing the scene controller.

On default only single button works and the device is setup to control other devices directly. In order to work as a scene controller for a gateway two configuration values need to be set 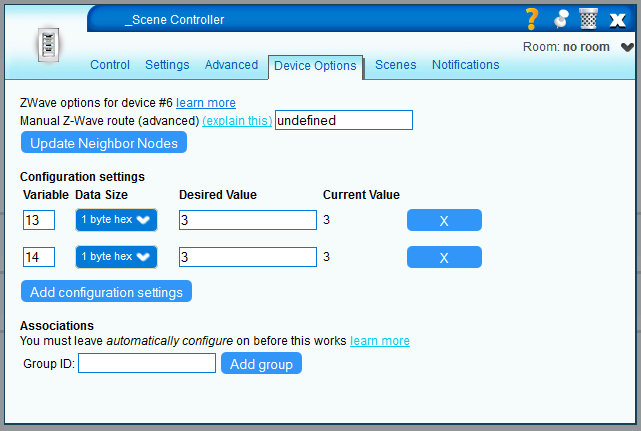 The device has a wakeup capability to report the battery status. However this report should only happen once a week. Set the wakeup interval to 604800, that equals 1 week or to any other value you see as desirable. 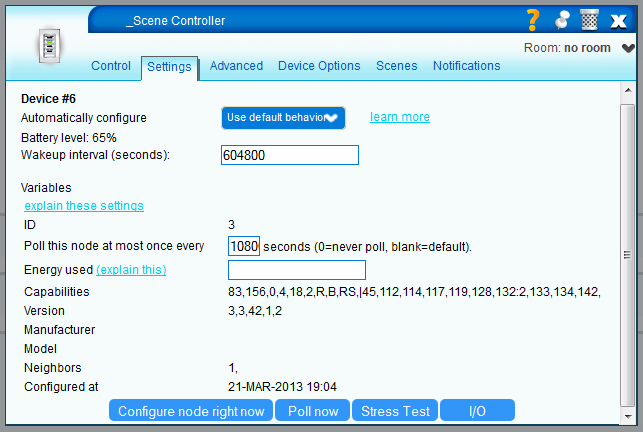 Dont forget to hit the „configure node right now“ button on the very same dialog and to do a tripple click on the wall controller to wakeup the battery device and activate the configuration.

Setup the scenes and the triggers

Setup a new scene and assign certain action to the scene. Now pick the "trigger" tab and set a new trigger. Choose the Wal Controller just included and configured. Select the event type "A scene is activated" and pick a useful name for the event (eg. the action on the controller to be performed). 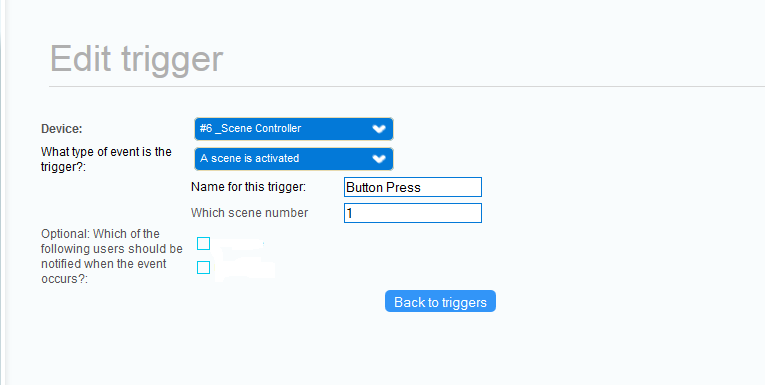 Now you need to choose the scene number that is associated to certain actions on the controller. The following scenes are available.

Save the settings and you are done. For more information on the ZME Battery Wall Controller please refer to the Installation Manual.